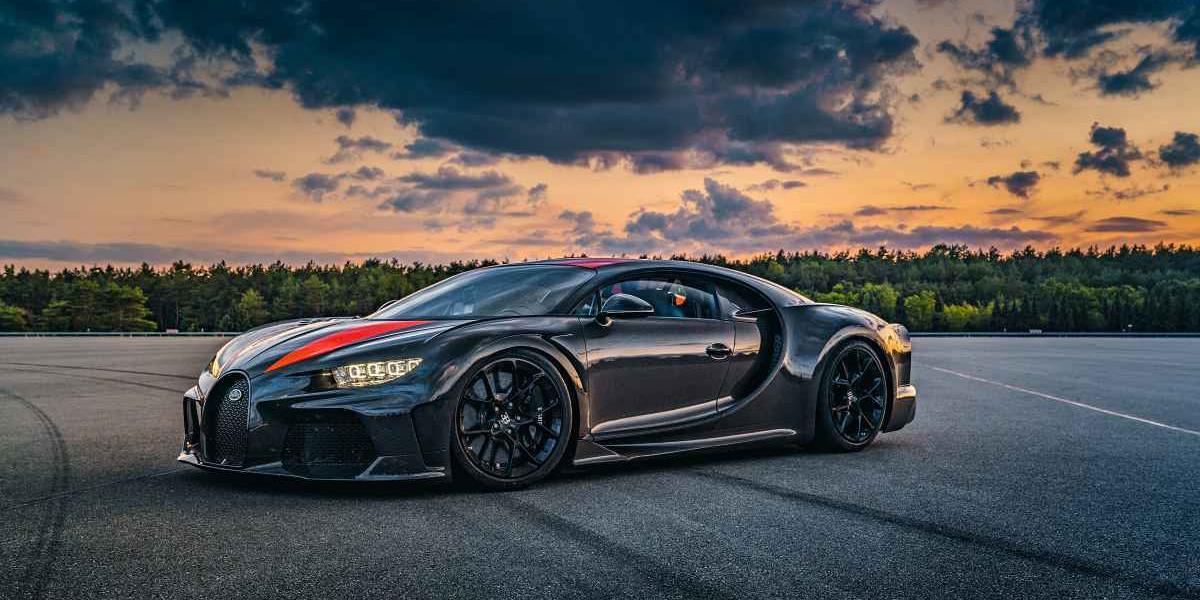 It is the fastest Bugatti of its kind. With a top speed of 440 km/, Bugatti now delivers its fastest model ever. Sports car lovers will hold their breath, because this is where superlatives of the highest class come together. Bugatti has created a double icing on the cake.

A small circle will be able to call themselves owners of the Chiron Super Sport 300+. This is because the fastest Bugatti Chiron was designed as a small series, and its 30 examples have already been delivered to their new owners. With its 440 km/h top performance and acceleration from 0 – 100 km/h in 2.4 seconds, this model writes a piece of automotive history. If that’s still too slow for you, you can accelerate to 200 m/h in 5.8 seconds.

You have to be in love with speed and bodywork to create a sports car that manages to break new records. Bugatti knows no limits, each of its models is already a masterpiece of its kind. But the Chiron Super Sport 300+ wears the crown of all speeds. With a body made of visible carbon in elegant black (we will learn more about the dark colour later) combined with Jet Orange, Bugatti keeps its promise to produce a record-breaking car in small series of 30 cars.

The speed record has already been achieved with the Chiron on the occasion of the company’s 110th anniversary. Afterwards, Christophe Piochon, President of Bugatti Automobiles, said

“His achievements have secured him legendary status not only in the Bugatti history books. We are delighted that all 30 examples have been delivered to some of our most passionate customers.”

If you want to reach 490 km/h, you fight for every millimetre

Visually, the Chiron Super Sport 300+ remains true to the sporty design of its predecessor. However, technical aspects were redesigned by the engineers to achieve the new speed mark. The 8.0-litre W16 engine was optimised with a power increase of 100 hp to a magical 1600 hp. The characteristic stern was also extended by 25 centimetres to form a “longtail”. With this small change, the aerodynamic stall could be reduced by more than 40 percent.

To achieve the top speed of 490.484 km/h, the transmission and thermal management were newly developed. The overall concept also included the optimisation of the software for the gearbox, engine, turbocharger and drive train. Of course, new top speeds can only be achieved if aerodynamics and stability are also improved in the complete construction of the hyper sports car.

So-called air curtains are at the front, they direct the air to the rear and elegantly along the side of the vehicle. Additional air outlets behind the front wheels and at the wheel arches reduce drag by creating a slight downforce towards the front. Because lightweight cars are faster than heavyweight ones, the ultra-lightweight Visible Carbon Fibre engine cover wraps around to the windscreen wiper. As detailed as the Chiron is, the extremely light magnesium alloy wheels are painted in the special colour “Nocturne”. The meaning “nocturnal” or “becoming night” shows that instead of black Nocturne underlines the character of the Chiron Super Sport 300+ hyper sports car.