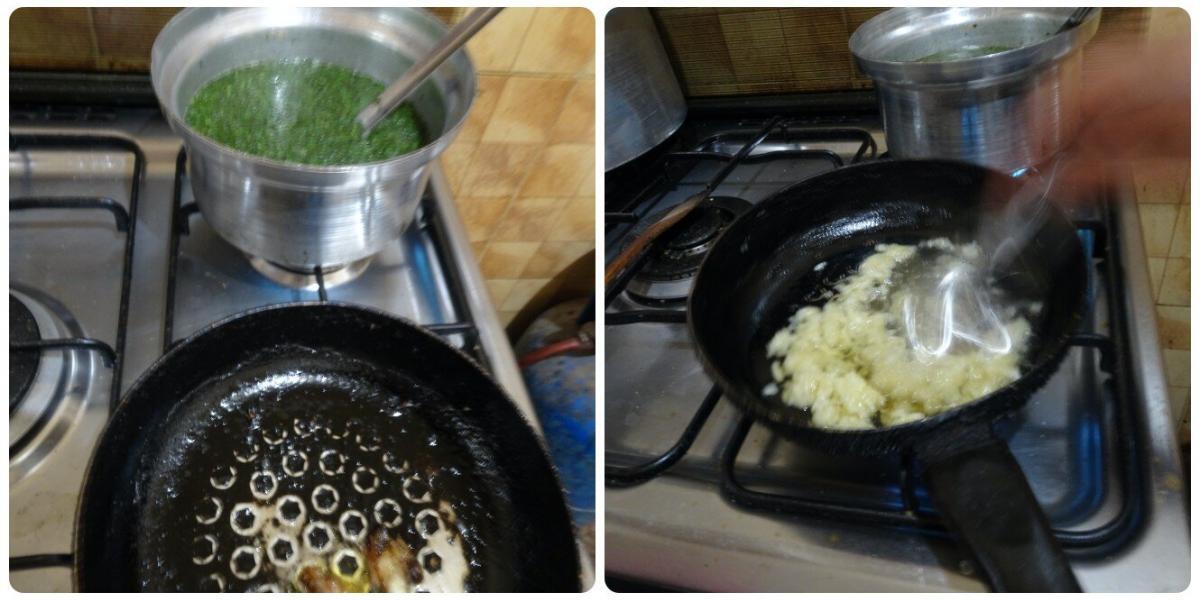 Homemade elderflower syrup – how to make it!

There are dishes and side dishes that are just too good. For me, Molokhia is definitely one of them. My daughters have also been in love with this Egyptian side dish from an early age. Molokhia tastes best when fresh leaves are used. Alternatively, dried or frozen leaves are also possible. Even if the taste varies somewhat. Look around in an Arab supermarket to buy molokhia and just try the so-called musk herb!

By the way, you will need garlic. Lots of garlic…

Molokhia in German is known as Muskraut. The herb, which is native to Africa and Asia, belongs to the mallow family. In terms of flavour, Molochea leaves develop their aromas in a good meat broth. This can be a beef broth, but also a freshly cooked chicken. Even if inconspicuous as a plant, Molokhia leaves are little vitamin bombs! The plant parts contain a lot of folic acid, trace elements, minerals and lots of vitamins such as vitamin C and calcium. Therefore, always simmer lightly and no longer than ten minutes to preserve the vitamins.

I will refrain from listing specific nutritional values at this point. For one simple reason: as soon as the beef fat and stock are added, they change completely. And since you don’t eat the Molokhia soup alone, you can’t count calories here. Last but not least, it should be said that Egyptian molokhia also contains plenty of antioxidants. Maybe that’s why Cleopatra was so beautiful …

Arabic and especially Egyptian dishes are often served with molocheya. In combination with rice, meat and the typical flat bread, it is considered a vegetable side dish. During cooking, a slimy consistency develops, which is completely normal and does not reduce taste or quality. No one should be surprised if different spellings like Mlouchia recipe appear on the net. The same applies to Mlukhiye in German – as already mentioned, it is called Muskraut in German-speaking countries.

Anyone who has ever been to Egypt has had it on the table at least once: Molokhia. A spinach-like soup given as a side dish with meat and rice. Very tasty, known in this country to a few as Muskraut. Here you get the recipe as I know it from Egypt.

Molokhia is served with meat dishes and rice. In the Arab world, pita bread is dipped in the broth and eaten. Molokhia is also popular with rice.

Buy Molokhia on the Internet

It is not quite so simple. I have gone on a search and show you two variants of the Molokhia. Once in the dried version and once as muskraut seeds. For all those who would like to enjoy the fresh leaves. And I must say, it’s worth it! Especially as growing muskweed / molokhia is really easy. The links lead to Amazon*. At this point I would like to say thank you, because every purchase is also a support. If you want to buy Molokhia seeds, you are in good hands there.

If you want to buy frozen molokhia, go to an Arabic or Turkish supermarket. You should always find them there. Shops that sell frozen molokhia usually also have the dry leaves. Look out!

Tip for cooking cheaply and healthily: Make your own broth

Many dishes specify a good meat broth as an ingredient. It’s really easy to make. You can get meat bones very cheaply in the supermarket or butcher’s shop, which are cooked with some celery, onions and carrots. You can freeze this pre-made broth in portions and always have broth on hand. Such a broth is suitable as a light meal in the evening. Add a few small noodles and a handful of vegetables, and you have a good dish on the table that costs little and is still healthy.