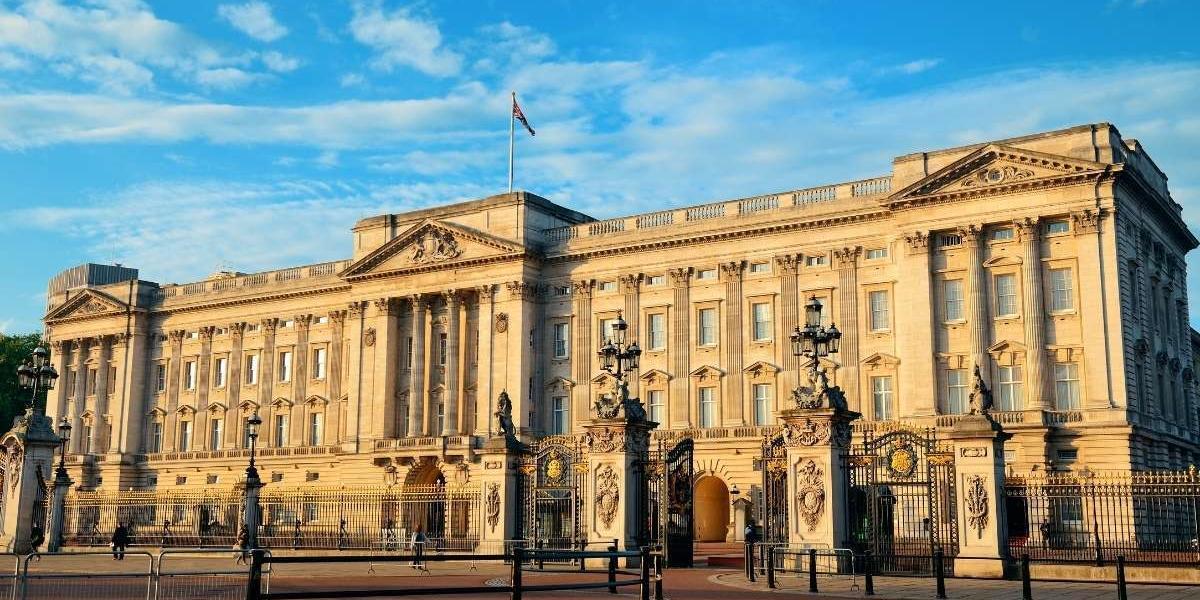 The Queen and Buckingham Palace are inextricably linked. And not only for Queen Elizabeth II, but presumably all subsequent monarchs will have their residence here in the heart of London. Anyone visiting London will not be able to get past the majestic castle in Westminster. And rightly so, for British and European history is written here. A palace as grand as its traditions. To get a first overview, here comes the Buckingham Palace profile.

Buckingham Palace has a length of 108 metres, a side length of 120 metres and a height of 24 metres. Plus indoor swimming pool, horse stables, tennis court and some outbuildings as well as the park with an area of 17 hectares, on which a helipad, a summer house and a pond are integrated.

Visitors can see the state apartments and the royal collection. The most interesting thing, however, is certainly to get a glimpse behind the scenes at Buckingham Palace. The famous changing of the Foot Guard is also an impressive moment that you can experience live.

The British state, and therefore the people, own Buckingham Palace. For this reason, it may not be sold. For the royal family, the palace is therefore only the official residence.

How many rooms are there in Buckingham Palace?

Can you see the interior of Buckingham Palace?

When is the changing of the guard at Buckingham Palace?

The changing of the guard begins at 11 am and lasts 30 minutes. Between April and July it takes place daily, but from August to March only every other day; Mondays, Wednesdays, Fridays and Sundays. To get a good look, you should be there an hour before!